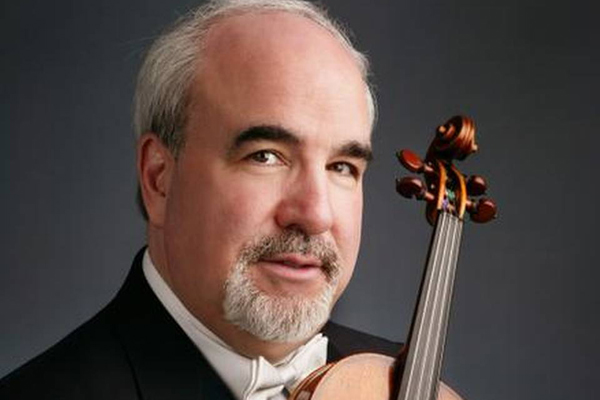 Glenn Dicterow’s extraordinary musical gifts became apparent at the age of 11 when he made his solo debut in Tchaikovsky’s Violin Concerto with the Los Angeles Philharmonic. He appeared as soloist with the New York Philharmonic when he was 18 years old. Dicterow served as Concertmaster of the New York Philharmonic from 1980 to 2013-14 Season and Concertmaster of the Los Angeles Philharmonic prior to joining the New York Philharmonic. He has also soloed with the London Symphony Orchestra, Gawandhaus Orchestra of Leipzig, National Symphony in Washington, DC, Montreal Symphony Orchestra, and Hong Kong Philharmonic to name a few. He is on the faculty of the Juilliard School and is the Chairman of the Orchestral Performance Program at Manhattan School of Music in New York. In 2013 Glenn Dicterow became the first holder of the Robert Mann Chair in Strings and Chamber Music at the University of Southern California’s Thornton School of Music