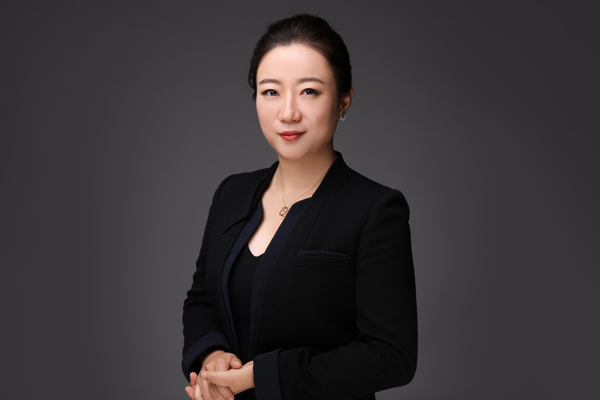 A graduate of Beijing’s Central Conservatory of Music under the tutelage of Professor Xu Xin, she obtained her Master’s Degree in Orchestral Conducting at the University of Cincinnati College-Conservatory of Music (CCM) in 2009, where she was awarded a full scholarship to continue her doctoral studies, concurrently serving as the Conductor Assistant of the Cincinnati Symphony Orchestra (CSO), including the CSO’s May Festival (2011–2013). During the same period, Jing Huan was also Assistant Conductor of the Cincinnati Symphony Youth Orchestra and Principal Guest Conductor of the Artaria Chamber Orchestra. In June 2012, she was one of two prizewinners at the inaugural Li Delun National Conducting Competition held in Qingdao, China. In the same year, she participated in the Campos do Jordão International Festival in São Paulo, Brazil, where her outstanding performance led to an invitation by Maestra Marin Alsop to serve as Assistant Conductor of the São Paulo State Symphony’s 2013 music season. That same year, Jing Huan and her work with the Cincinnati Symphony Orchestra attracted the attention of Maestro Long Yu, which led to her appointment at the GSO.

In 2014, Jing Huan was appointed as Music Director of the Guangzhou Symphony Youth Orchestra (GSYO). Under her leadership, the orchestra charted remarkable progress and made their first tour in July 2015 to Europe, appearing at the Berlin Philharmonie under the auspices of Young Euro Classic. Jing Huan’s achievements at the helm of the GSYO attracted the attention of Jeunesses Musicales International (JMI), and she was elected to serve on JMI’s Board in July 2016.

In October 2016, Jing Huan presented a concert entitled “In Love with Shakespeare” at the Beijing Music Festival to commemorate the 400th anniversary of Shakespeare’s death. In January 2017, she assisted Maestro Long Yu and Yo-Yo Ma in their music collaboration, Youth Music Culture Guangzhou (YMCG), a music festival for young people around Asia, in which she conducted the opening concert. In May 2017, Jing Huan conducted the Guangzhou Symphony Orchestra on their European tour to Italy and the United Kingdom. Three months later, she led the GSYO on their Asia tour to Sydney, Jakarta and Singapore for cultural exchange. In late July 2018, she returned with the GSYO to Europe, performing in Lyon (France), Prague (Czech Republic) and the Musica Riva Festival, Lago di Garda (Italy). In July 2019, she led the GSYO on tour to Japan, performing at Tokyo’s Suntory Hall and the Fukuoka Symphony Hall, the latter as part of a cultural exchange commemorating the 40th anniversary of the sister-city relationship between Guangzhou and Fukuoka.