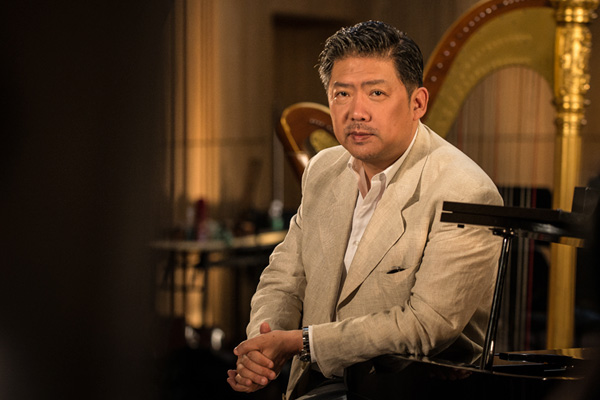 The year Maestro Yu became GSO Music Director, he led the orchestra on a tour of Europe and Africa with cellist Mischa Maisky, performing at the Théâtre des Champs-Élysées in Paris, Conservatoire de Luxembourg, Royal Concertgebouw Amsterdam and Cairo Opera House. During his first tenure (2003–2007) he led the GSO on tours of five continents. In the past decade and a half, Long Yu has elevated the GSO to the top tier of China’s orchestras. Cited by BBC Music magazine as possessing an “unparalleled passion and loyalty [that has] lit an inextinguishable flame at China’s musical heart,” he made Guangzhou the center for both the Canton International Summer Music Academy (2005) and Canton Asian Music Festival (2010), serving as Artistic Director. These two international events, lauded by many overseas visitors, helped to establish the GSO’s international reputation. In January 2017, Yu invited cellist Yo-Yo Ma to launch the inaugural Youth Music Culture Guangdong (YMCG), widely praised by music professionals as “opening a new page in the Chinese symphonic world.”

In 2008, the China Philharmonic Orchestra under the baton of Maestro Long Yu became the first Chinese orchestra in history to perform at the Vatican in the Paul VI Auditorium. The Holy Father Pope Benedict XVI attended the concert, marking a giant step in bringing eastern and western cultures closer together. In 2014, Maestro Yu and the China Philharmonic became the first Chinese conductor and orchestra to play at the BBC Proms, televised from London’s Royal Albert Hall and viewed by millions of people across the United Kingdom.

In June 2018, Maestro Yu became the first Chinese conductor to sign with Deutsche Grammophon, establishing an exclusive recording contract with global distribution. The summer of 2019 saw Maestro Yu lead the Shanghai Symphony Orchestra on a tour of the United States and Europe, with performances at London’s BBC Proms, the Edinburgh International Festival, Wolf Trap, Ravinia Festival as well as appearances at the Lucerne Festival, Grafenegg Festival and Amsterdam’s Concertgebouw.

To foster China’s overall symphonic development, Maestro Yu created the nation’s first orchestral academy as a partnership among the Shanghai Symphony Orchestra, Shanghai Conservatory of Music and the New York Philharmonic. His dynamic vision is focused on introducing China’s growing audiences to key Western repertoire including Wagner’s Ring Cycle and Mahler’s symphonic cycle, as well as works of Richard Strauss, Benjamin Britten and many others. In 2014, the New York Philharmonic named Maestro Yu an honorary member of their International Advisory Board. The 12-member Board serves as a network of advocates and ambassadors connecting with individuals and institutions in their home countries to cultivate the Philharmonic’s long-term reach and influence worldwide.

Born in 1964 into a musical family in Shanghai, Long Yu received his early musical education from his grandfather Ding Shande, a composer of great renown, and went on to study at the Shanghai Conservatory of Music and the Hochschule der Kunst in Berlin. In 1992, he was appointed Principal Conductor of the Central Opera House in Beijing and was involved in the planning of the Chinese New Year’s Concert series later that year. He served as its conductor for three consecutive years. Starting in 1993, Long Yu created opera productions for the Urban Council of Hong Kong for five successive years.

A Chevalier dans L’Ordre des Arts et des Lettres, Long Yu’s countless international awards for his contributions to classical music and international exchange also includes the 2002 Arts Patronage Award of the Montblanc Cultural Foundation. In 2005, the Italian President Berlusconi honored Maestro Yu with the title of L’onorificenza di commendatore for his outstanding contribution in the field of music and culture. He was awarded France’s highest honor of merit by receiving Chevalier de la Legion d’Honneur from the French government in 2014. The following year, Maestro Yu was awarded the honorable title “National Literature and Art Worker of Excellence” in addition to the “Global Citizen Award” from the Atlantic Council and the Samuel Simons Sanford Medal from Yale University’s School of Music in America. In 2016, Long Yu was elected a Foreign Honorary Member of the American Academy of Arts and Sciences and later that year he received the Order of Merit of the Federal Republic of Germany. In 2018, Long Yu was granted an Honorary Doctorate from the Hong Kong Academy for Performing Arts.

Currently serving as Vice President of the China Musicians Association, Long Yu was elected inaugural chairman of the China Musicians Association’s Symphony Orchestra League in July 2019. He was named 2010 Person of the Year in the Arts Field, later receiving the 2013 China Arts Award. He was also named an Honorary Academician of the Central Conservatory of Music in Beijing in 2013 for his great dedication to cultural exchange and music development in China.