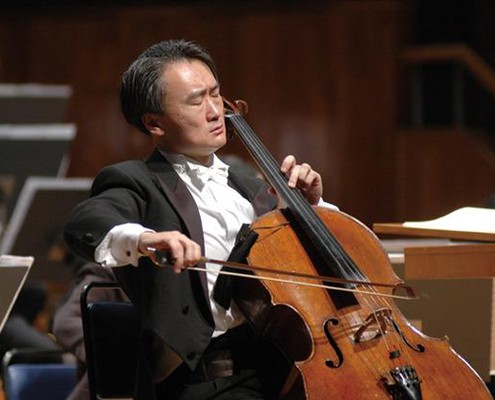 One of the most respected cellists in the world, he describes himself as “stubborn cello warrior”

Shostakovich’s Symphony No.7 (Leningrad), closely associated with the beleaguered city during the Second World War, is an obvious choice to commemorate the 70th anniversary of the victory over Fascism. Not only a modern symphonic epic, the piece’s strong musical expressions also range from lyrical to impassioned, as emotionally engaging now as when it was first composed. By contrast, Prokofiev’s romantic and poetic Sinfonia concertante that features star soloist Wang Jian demands a strong command and technical prowess.