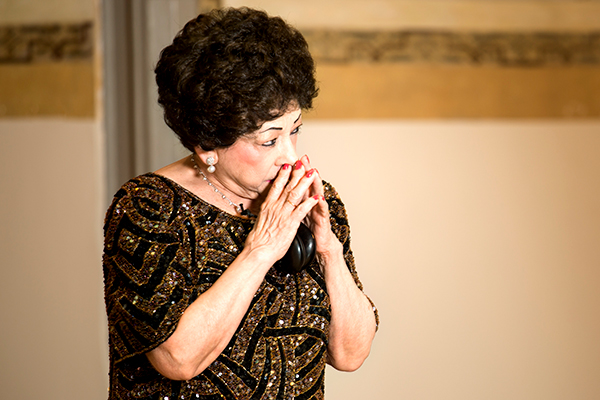 Lucero Tena has marked a personal, unmistakable style to her performance of the castanets, and she has distinguished herself for her promoting and incorporating this instrument into the big concert halls as solo instrument of concert works. Under this meaning she has created the name of Castanets Soloist, proper to her activities.

Her last engagements includes Hannover opera house, La Folle Journée Festival in Nantes, Tokio and Warsaw, the Philarmonie of Berlin under the baton of Plácido Domingo (2016). On November 2016 she performed in a gala conducted by Jesús López Cobos.

In 2017 she has performed with the Orchestra of Pau Pays du Bearn in Pau, in the Auditorio Nacional de Música of Madrid, and has started a tour with the harpist Xavier de Maistre in the Rheingau Festival, with a Sold Out weeks before the concert. She has also recorded a new album with Xavier de Maistre, Serenata Española, for Sony Music. In 2018 she performed at the Hollywood Bowl with Plácido Domingo, MITO and Ravenna Festivals with Xavier de Maistre and debuted at the Philarmonie of Paris.

Next engagements include recitals in Spain, France, Lebanon, Abu Dhabi, China, South Korea and Japan continuing her recital tour with Xavier de Maistre. She will also offer concerts in Madrid, Belgrade and Muscat with different orchestras.